My experience with Fitbit Charge HR — numbness, tingling and pain

So I got the Fitbit Charge HR the other day and wore it to sleep to monitor sleep, the next day I found some numbness and I assumed that I might have wore it tight and confirmed from the manual that I wore it just as advised which is at least a gap of finger before and beneath the tracker. 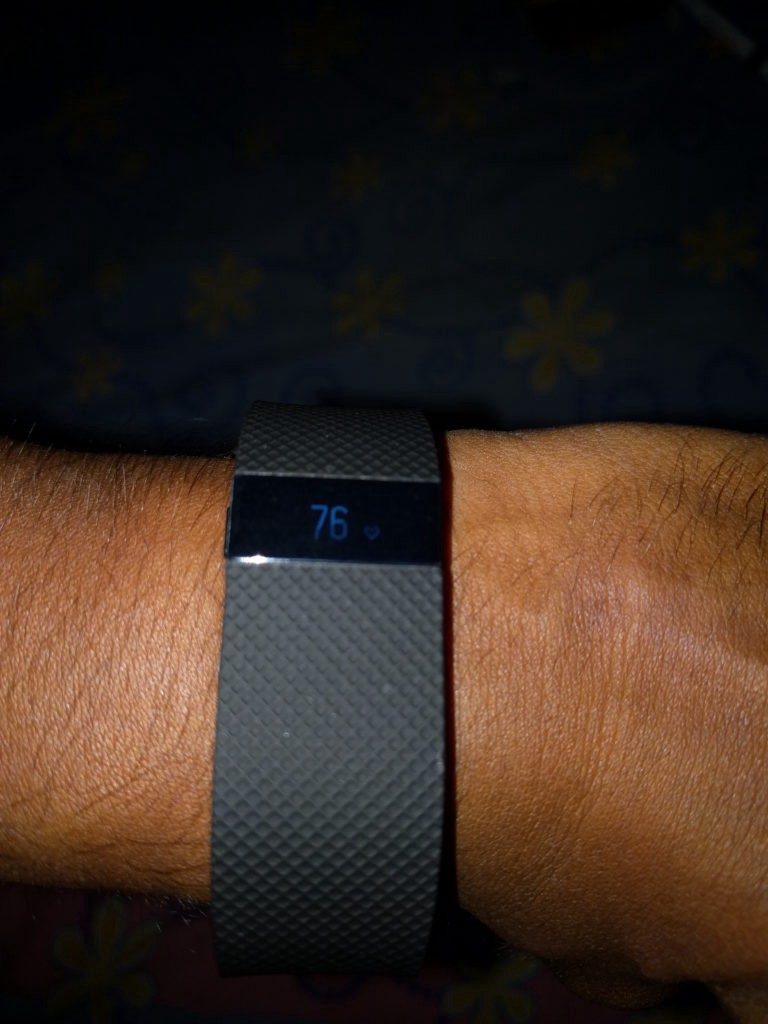 So I continued wearing it through the workout, office and by evening, there were clear uneasiness; tingling and a while later it escalated to pain. Generally main thresholds are way better than average, so I would rate the pain — A pretty painful experience.

So I started conducting some research online to check whether it is an isolated incident and I was able to find dozen’s of complaints & similar incidents reported in even Fitibit’s official forums. [Good of Fitbit for keeping it there]

Fitbit is swamped by complaints that the device is leaving red marks The Fitbit Charge HR valued at around $200 measures a person's fitness One Sydney customer said the company refused to refund the product Fitbit reportedly sent her a written letter asking her to first destroy it A customer from Adelaide also requested the company recall the product Fitness company Fitbit has received an onslaught of customer complaints from users who found themselves with 'uncomfortable deep tissue pain' after wearing the device on their wrists.

1. Wearing it too tight, might press the median nerve resulting in _Carpal Tunnel Syndrome — _http://www.ninds.nih.gov/disorders/carpal_tunnel/detail_carpal_tunnel.htm. 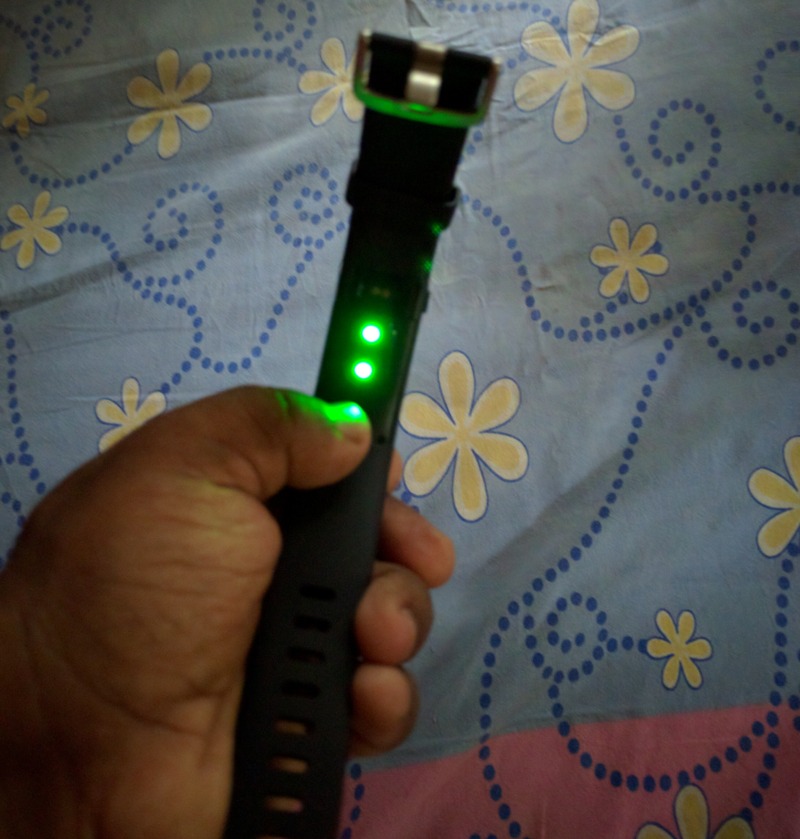 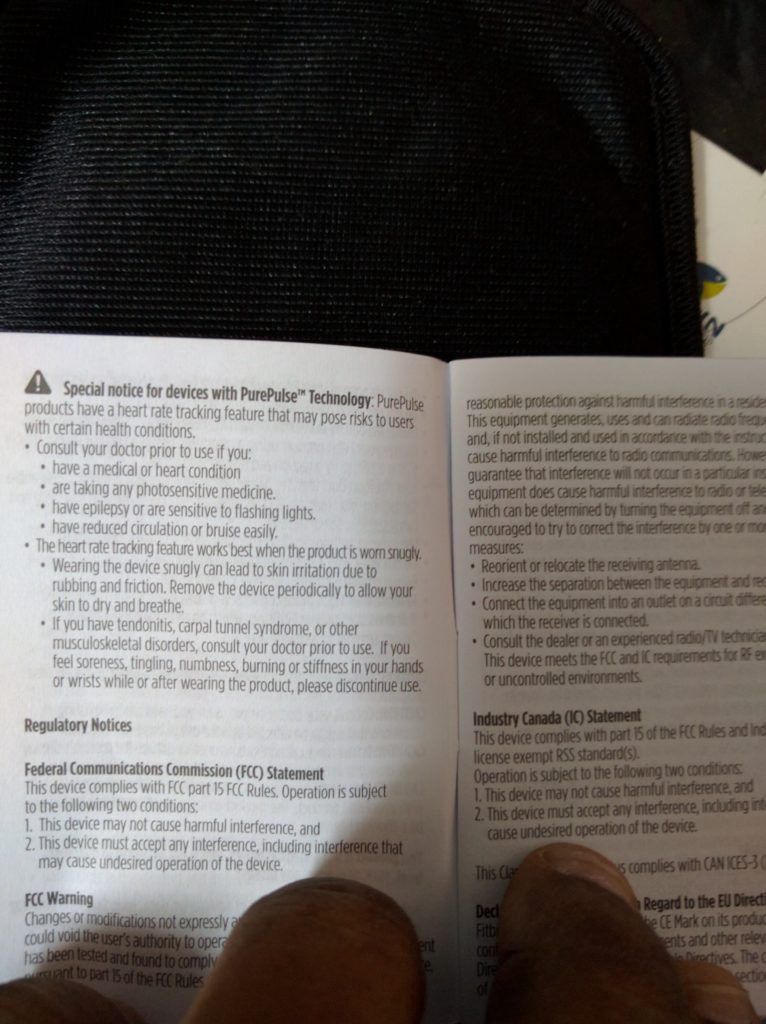 1. I’m quite sure that I wore it as advised i.e not too tight nor loose. I have been wearing watches in the non-dominant hand for decades and android wear based smart watches with health trackers right since they were available.

2. Electromagnetic sensitivity isn’t scientifically proven and I have been living with gadgets and surrounded by wireless devices for better part of my life till date and I haven’t faced any issues . I haven’t wore a LED based heart rate monitor in my wrist before and so I cannot conclude totally on whether I haven’t been affected my electromagnetic sensitivity. I can try another wrist based HR monitor to ascertain but I’m not willing to do so without guarantee from a physician that the experiment wouldn’t result in any long term health defects.

My communication with Fitbit : 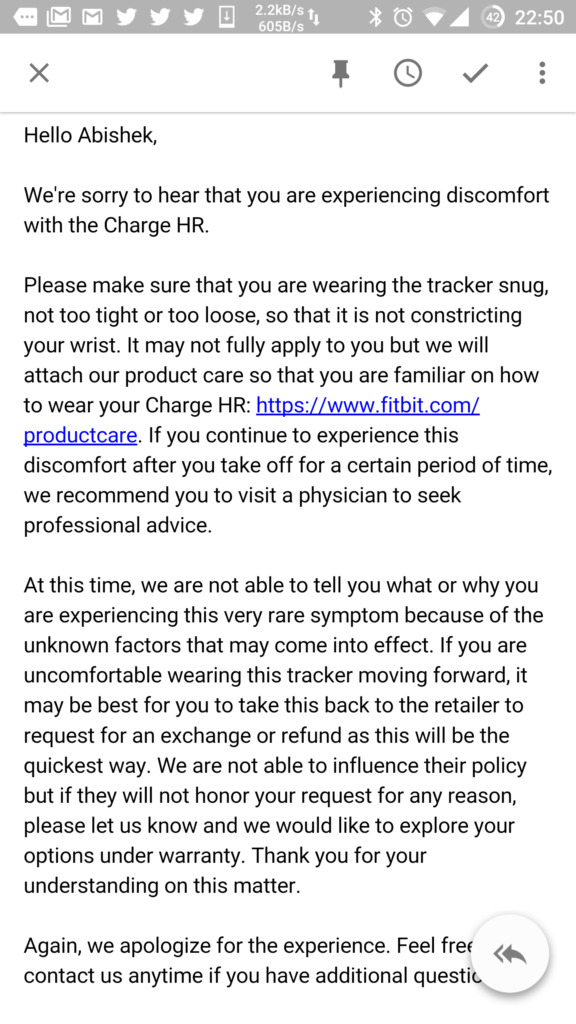 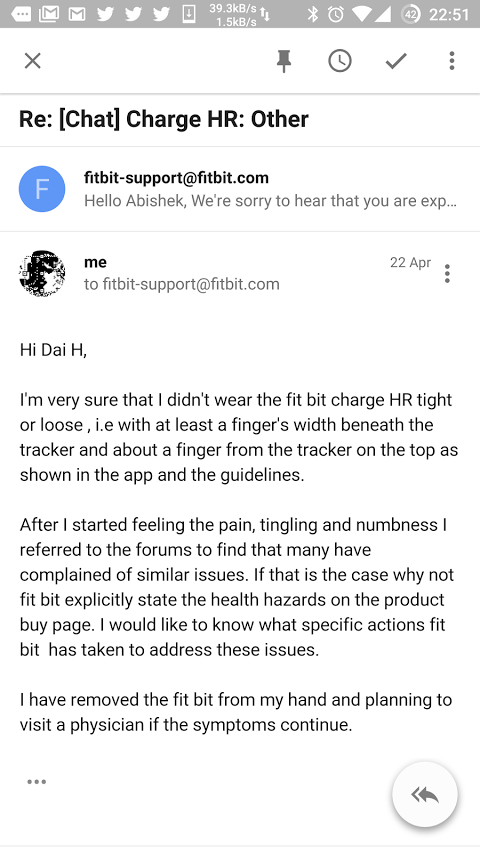 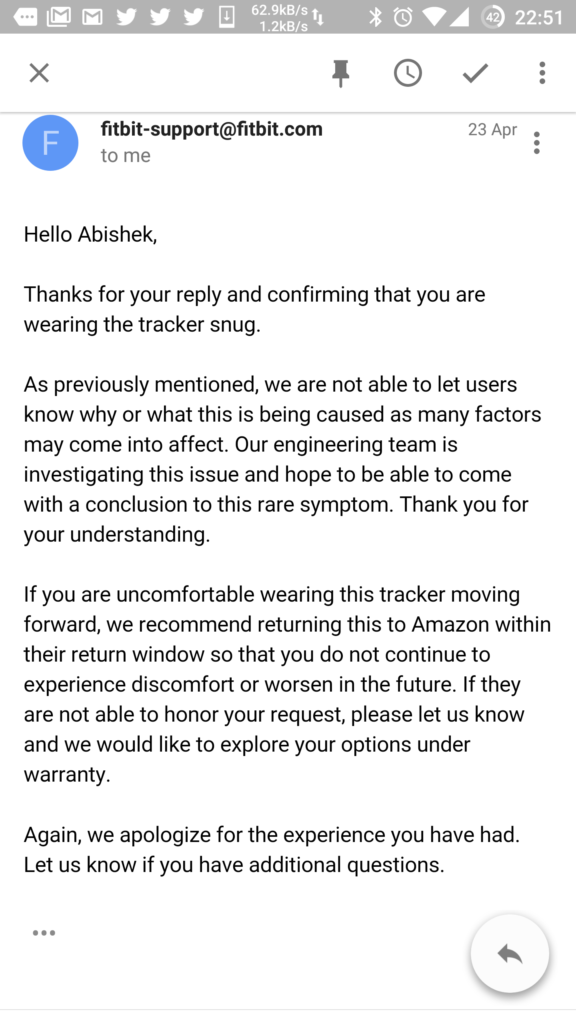 I have since returned the fitbit Charge HR as advised and after a week my hand starts to feel better. Still, I do feel my wrist hurt when I touch the spot where the tracker was placed. I hope it gets better in a week; else I would consult a physician.

fitbit is a great company, they’ve made healthy lifestyle a fun activity to pursue for many. I was eager to try their product and since I was wearing other wearables regularly and was confident of fitibit’s heart rate monitor mechanism I didn’t do much of an research before hand on whether it would have any side effects on me. Still there are plenty of happy customers of fitbit Charge HR and so are customers who complain of similar experiences as me.

I will be glad if fitbit’s engineering team is able to conclude the reason behind this ‘rare symptom’ as put by it’s expert and till then let it’s customers know on plausible risk in wearing the device for some users in a better way in it’s website and in it’s e-commerce parter sites.

If Fitbit would like to collect any data from me for its analysis using Fitbit Charge HR, I would be happy to help them, provided I get assured that there will be no long term health defects in doing so by a physician. For the sake of science! 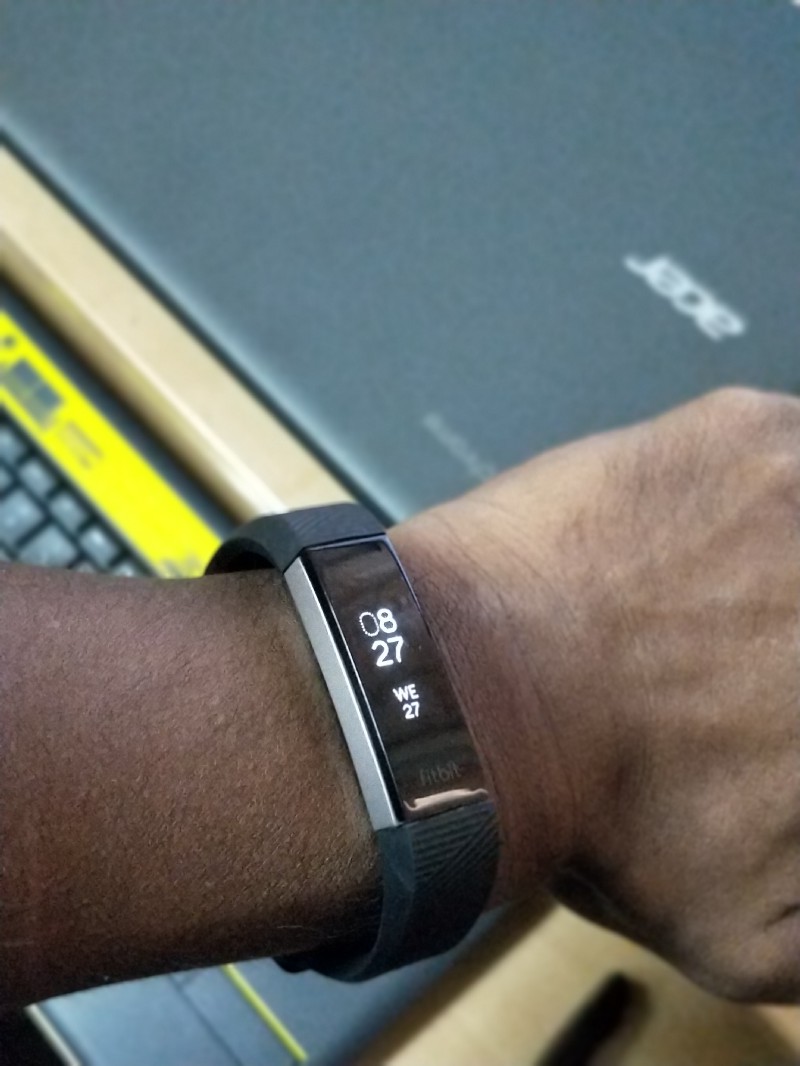 You can see that I didn’t wear Alta HR tight.

I wore a Fitbit Alta HR for a week to check whether my experience still holds, within few minutes the numbness, pain started to surface. I had the heart rate monitor ON for a day and when it became uncomfortable the next day, I switched off the HR via Fitbit app. 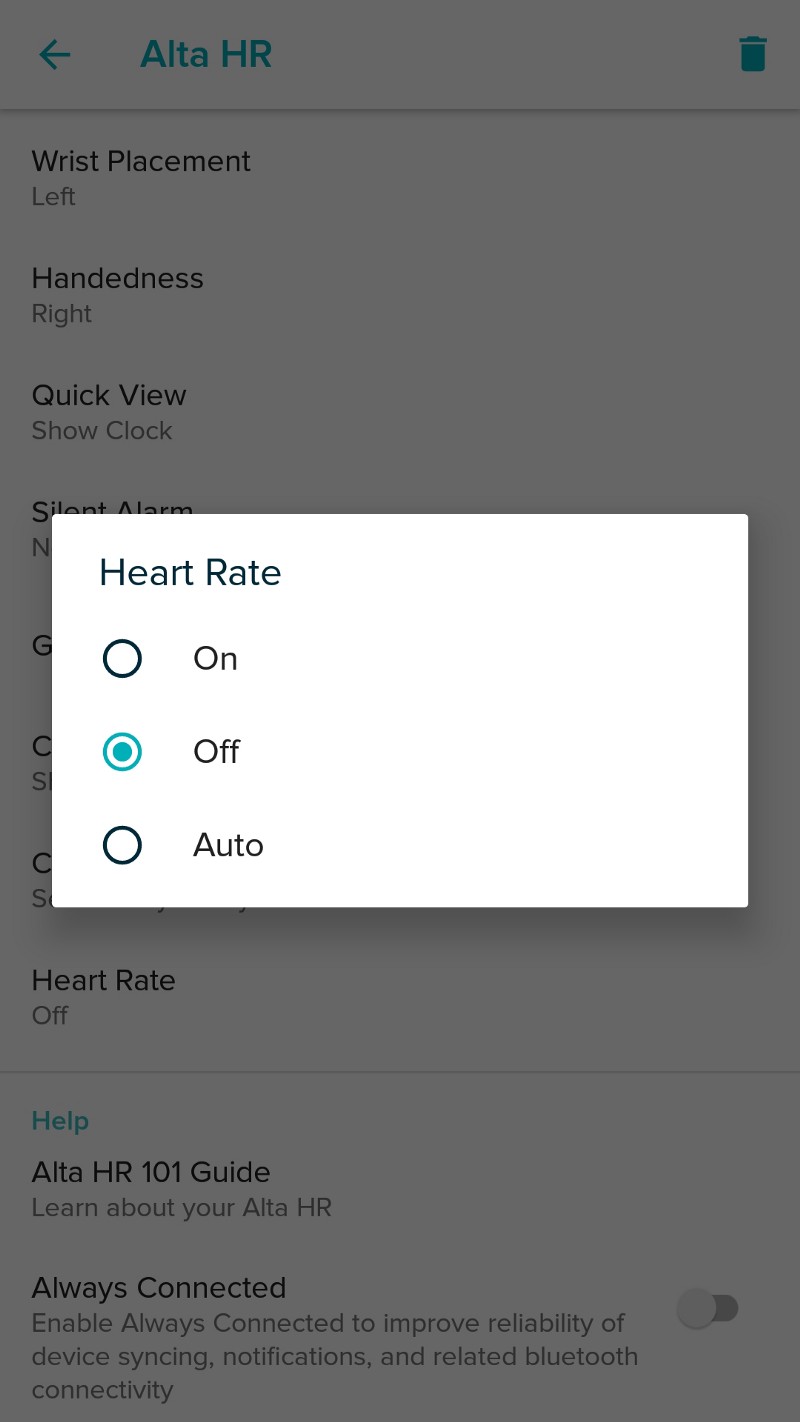 Not sure whether I had the option to switch off HR last year.

Not to my surprise; the numbness, pain, tingling sensation ended immediately. I have seen in forums that people who have switched off HR or covered it with some material have witnessed similar results. I wore the fitbit for a week without HR to ensure this results and then switched ON HR for a while to test the results again. HR causes me pain.

I’m now confident that I belong to select few people who have issues with heart rate monitor on their wrists. I don’t think it’s limited to just Fitbit devices, it’s likely I might have issues with other wearable with HR sensor but I cannot say for sure unless I try them. I would definitely update this post when I do so.

What’s intriguing is, there’s enough users reporting it to be considered for a thorough investigation on HR sensor’s effects on people; yet I don’t see anything other than loads of forum complaints and occasional blogs, vlogs like this.

Update (2017) : Since it’s been over a year I published this, I wanted to check if there’s any change w.r.t Fitbit on my hands. So in the name of science, I tried an Alta HR and I’ve updated this story.

Update (Sep 2018) : I’ve been diagnosed with spinal stenosis. I wondered whether the tingling sensation from Fitbit was correlated with it, so I tried it on after the surgery; but there wasn’t any change with my experience — tingling & pain on the hand where I wore Fitbit.

Update (February 2019) : I tried Apple Watch Series 4's heart rate monitor and I faced tingling sensation in about 30-40 minutes during the initial attempt. I didn't own the device, so I couldn't do a prolonged test to state conclusive results.

I strive to write low frequency, High quality content on Health, Product Development, Programming, Software Engineering, DIY, Security, Philosophy and other interests. If you would like to receive them in your email inbox then please consider subscribing to my Newsletter.