I blew my personal computer and before I could build a new one I needed a temporary machine which could perform some of my routine tasks like browsing, social network, word processing, programming, gaming, videos, music & ocassional heavy computation.

And without going all fancy on this experiment, I decided to use what I already have available with me; of-course finding an ARM computing device in a home now a days is very easy as it’s highly likely that if you are using a smartphone/tablet to read this with it. But one of the main requirements for a personal computer for me is to have large display and so the device should be able to seamlessly output to a large monitor/television. 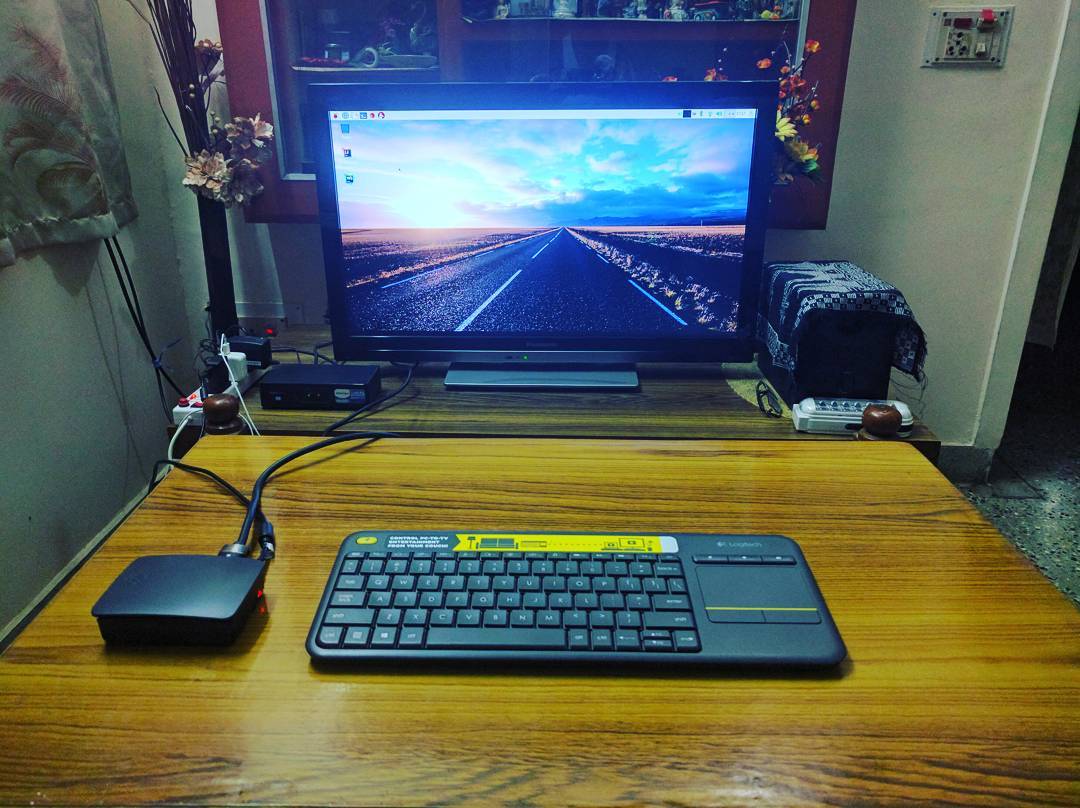 Many would question my choice of taking in iPad 2 tablet as a contender for personal computing device and especially the reasoning behind having it compete with a much recent RPI3 which is built from the ground up to be a computer. Well I had an iPad 2 lying around in pristine condition and though on paper its specs could weigh less than the RPI3; it’s more than capable of defending itself for the tasks ahead.

Setting up RPi 3 is simple when you’ve already setup the raspbian, just hook it up to a HDMI supported display (other peripherals shown on image). Though there are several other **operating systems **available for RPi, I’m quite sure none is as effective as Raspbian for daily use for the reasons soon to follow.

It requires a 5V power and I’m using a 2.1A SONY power adapter. You could also hook it up with power bank for portability. 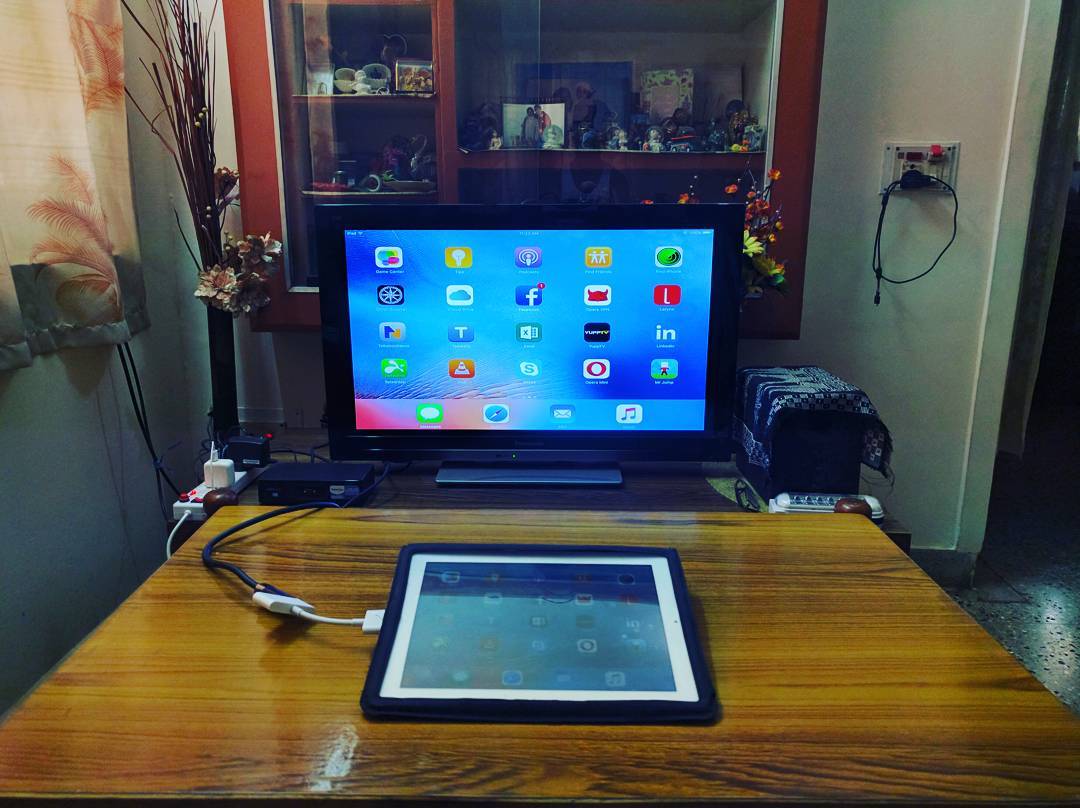 Hooking up iPad2 to a large display isn’t as simple as Rpi, you need a **30pin HDMI adapter ** and a display which supports **zoom **facility. Since iPad 2 display ratio is 4:3, even though it would output data in 1080p it’s going to be squared in an 16:9 display unless you use the zoom feature to set it up as per your liking. I don’t think computer monitors offer external zoom (non SW) support, hence it’s best to use a television unless you aren’t picky about the refresh rates. 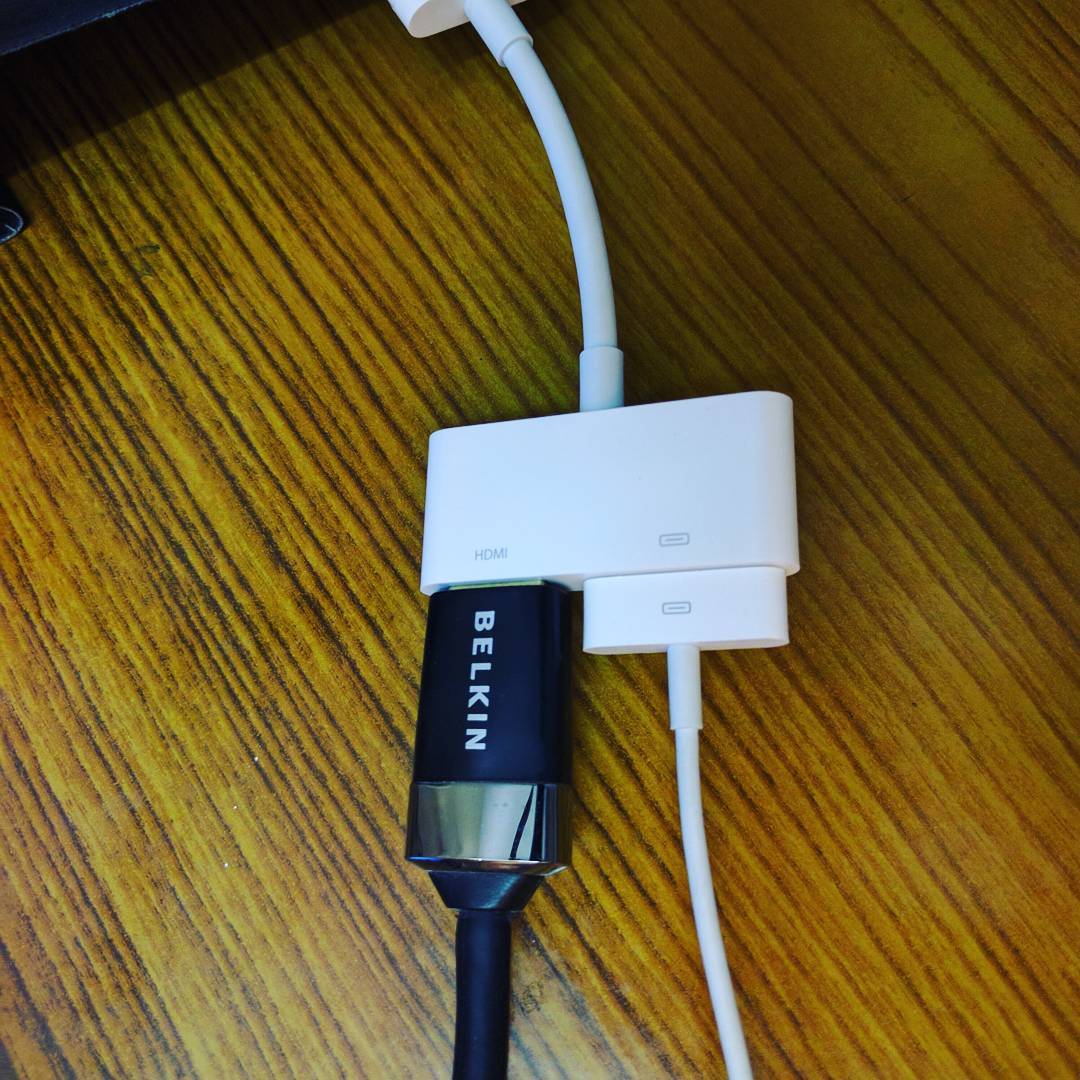 Built in battery does give you an advantage but then again a power bank with RPi3 is still portable, so I would call it a tie when it comes to power & charging. 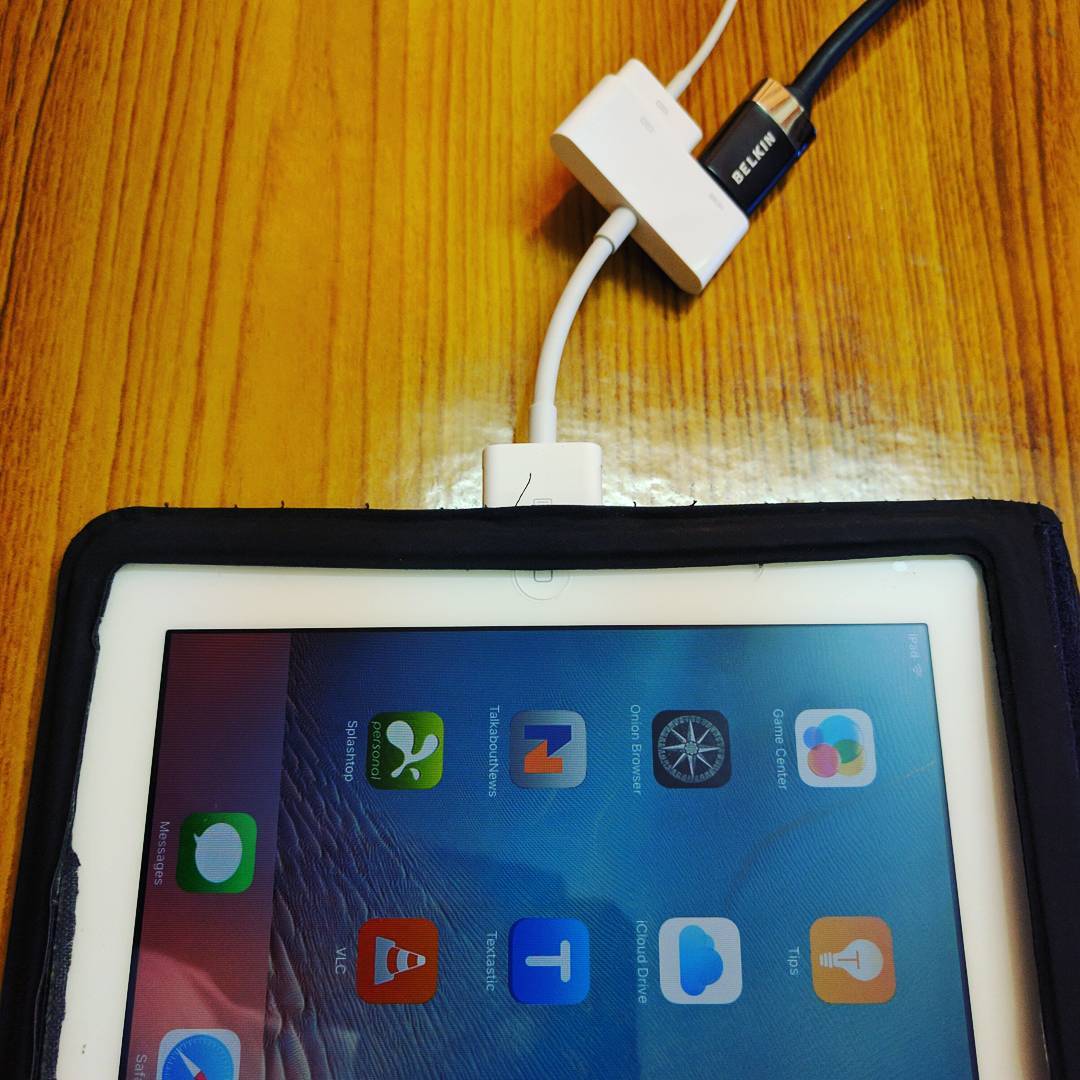 The achilles heel of RPi3 when it comes to HW acceleration is its incompatibility with browsers, which supposedly was fixed with new chromium in the latest pixel release; only to an extent of frame rate gulping temperature rising mediocre playback. Also note that other OS like ubuntu mate for Rpi3 isn’t even close to this; I tried installing the exact same chromium build there and later found out that the .H264 HW acceleration for chromium works only with Raspbian pixel. Don’t get me wrong, RPi3 is an excellent media playback device when used with the right software; Kodi which uses OpenGL for rendering can playback in full 1080p with good frame rates as long as you are willing to watch in fullscreen without having the ability to switch between other applications. 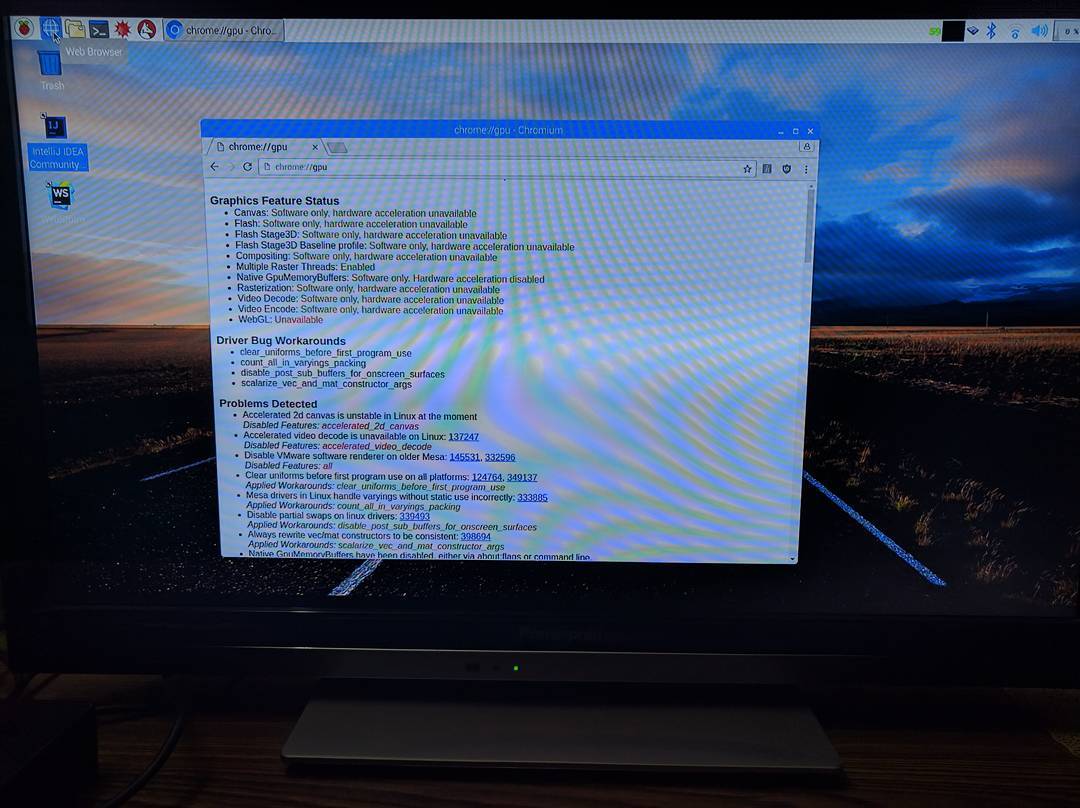 iPad’s iOS has excellent support for HTML5 video with HW acceleration from the very beginning, worth to note that Steve Jobs kind of started the end of flash player by not including the support for flash plugin in iOS.

Also availability of youtube app means, you can watch youtube videos on fullscreen in 1080p without any hassle.

Here’s a sample with Katy Perry video with hamster to show the same,

Raspbian comes bundled with basic computing applications which makes it really useful for children who have just started with computing; that was indeed the original purpose of RPi. 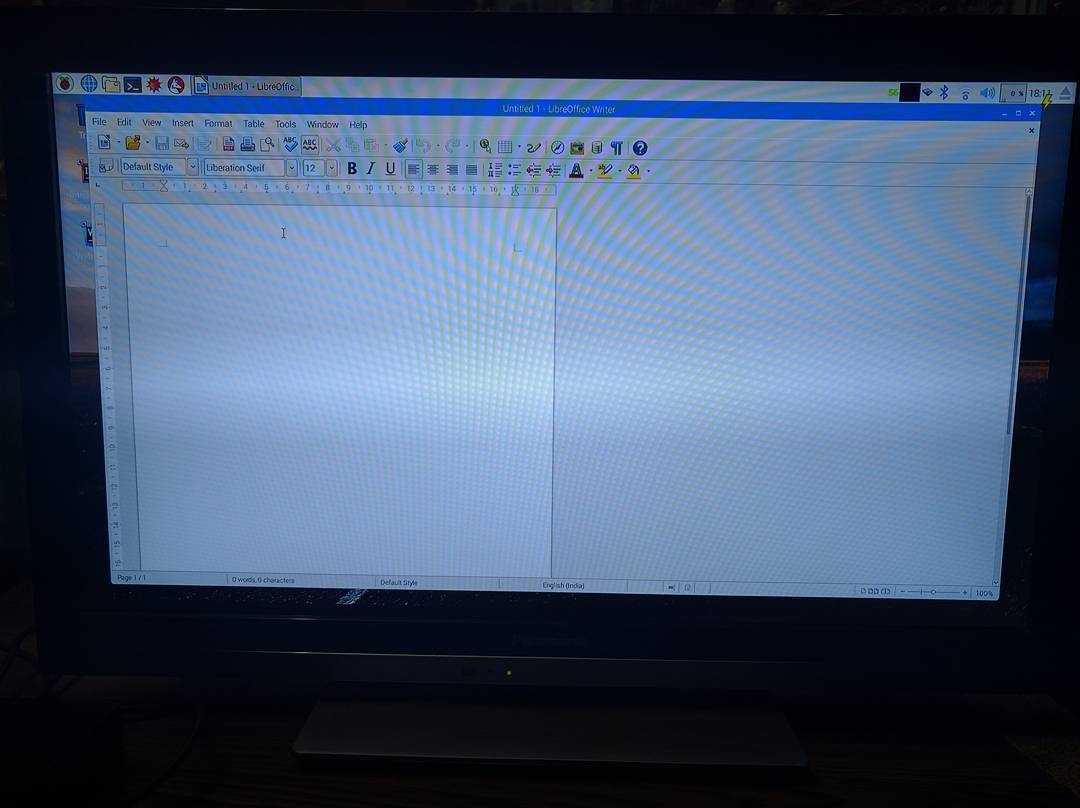 Availability of LibreOffice means you can start of with some basic productivity out of box. Raspbian is a fork of Debian linux, so it’s not short of applications but still applications needs to be compiled and tested for ARM architecture.

Come on, it’s got the Appstore ! Everyone knows that, even some apps of competitor’s platforms run better on iOS. I was surprised to see how well latest version of apps could still perform to an acceptable level on 6 year old device. 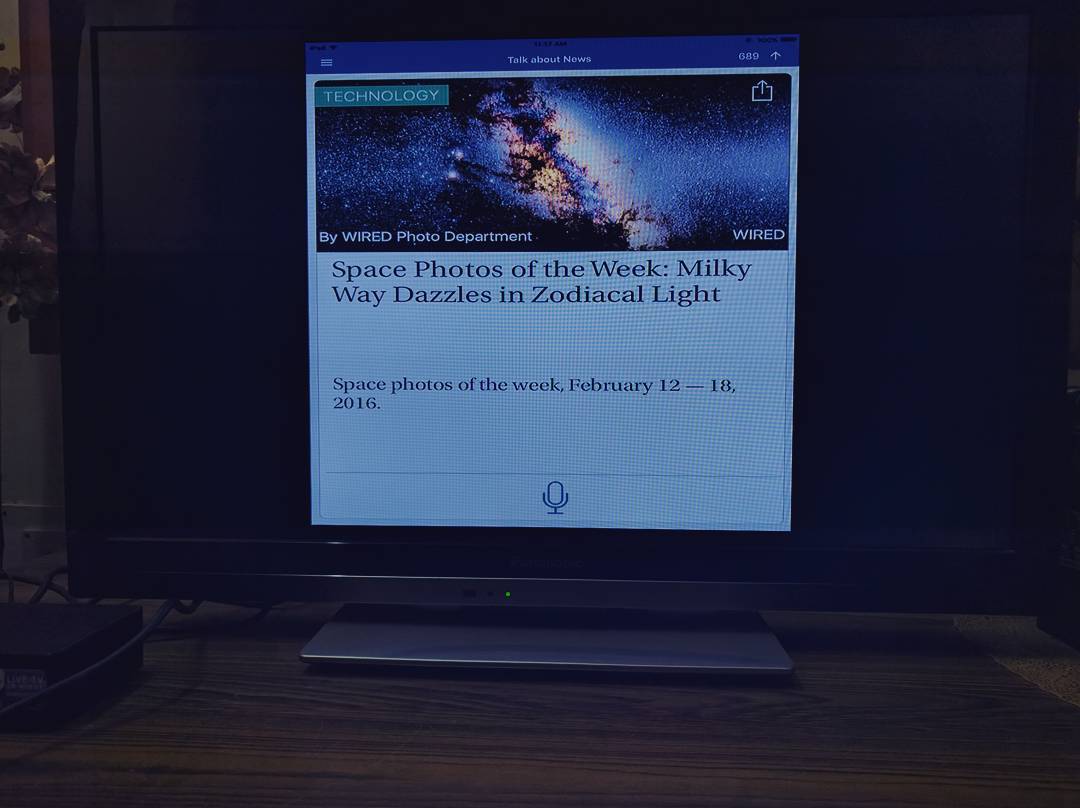 So, you’ve basically got an app for almost everything.

Disclaimer : TalkaboutNews was built by Timebender Technologies run by me.

If you don’t mind adapting to watching big screen which using touch screen on iPad for typing & scrolling; you’ll probably be more productive on an iPad. 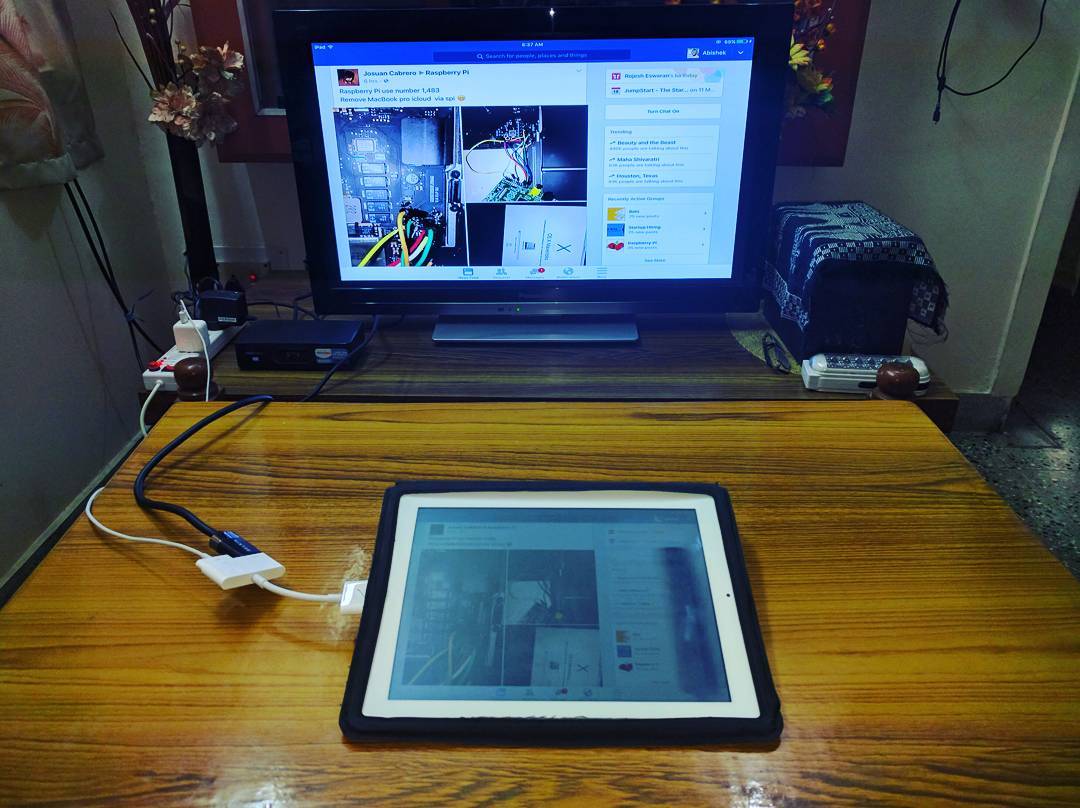 I was even able to run IntelliJ WebStorm on RPi3 though not officially supported, Raspbian comes with python pre-installed along with IDE’s like BlueJ.

RPi3 is the best gadget for some quick coding which doesn’t require lot of computational power.

Raspberry Pi comes with GPIO pins which you can use for number of IoT projects.

Lol. Yes, you could connect couple of code editors available on the Appstore to a fileserver; say like RPi3 and execute your code remotely (or) save your time by running your code in a platform designed to do so. It’s not that iPad’s hardware or iOS is incapable of executing decent programming languages, but Appstore doesn’t allow apps to bundle in compilers or download executables with in the app.

Raspbian does come with minecraft and is quite playable except for fullscreen issues I was facing, probably because of OpenGL rendering I mentioned earlier. Linux is not necessarily known for it’s gaming titles and RPi3 isn’t powerful enough to play games with high quality 3D graphics anyways.

It has the classic snake though !

Games are the largest selling genre on the appstore for a reason.

Disclaimer : Emojiball was built by Timebender Technologies run by me.

Both Raspberry Pi3 and iPad2 are great computing devices depending upon for what computing task you’d want to do on them. RPi3 for it’s price is great for programming and for everything else you’d better off on an old iPad2.

6-November-2021: Removed affiliate links to the products discussed in this content, Not interested in contributing to the growth of mega corporations and earning through them. Blog is now completely reader supported.

I strive to write low frequency, High quality content on Health, Product Development, Programming, Software Engineering, DIY, Security, Philosophy and other interests. If you would like to receive them in your email inbox then please consider subscribing to my Newsletter.