Weather, an argument against simulation hypothesis

As I am writing this, cyclone Fani with category 4 level winds 215 kph (130 mph) in the Bay of Bengal is expected to make landfall in the state of Odisha, India by tomorrow. Over 800,00 evacuated, as 100 million people are expected to be affected by the cyclone. 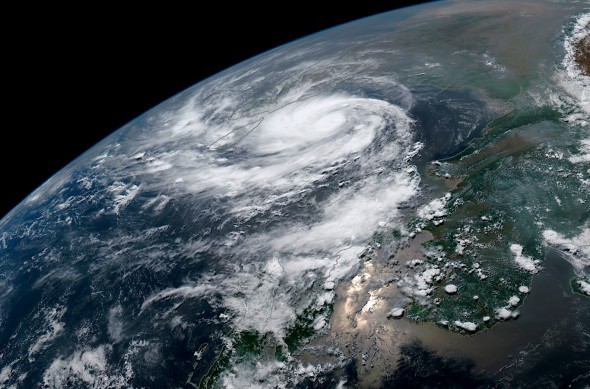 Cyclone Fani is seen in the Bay of Bengal by the Japan Meteorological Agency’s Himawari-8 satellite on April 30, 2019. (Photo/NOAA)

This is the current trajectory of Cyclone Fani, 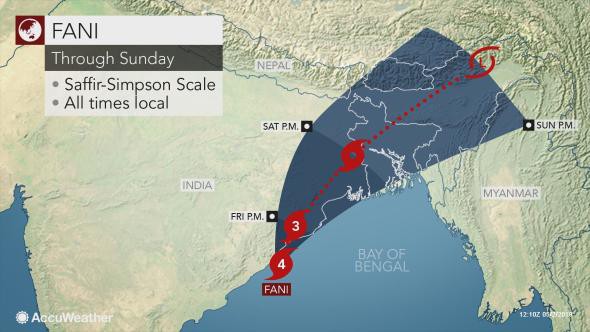 It is now generally expected that we can make 3-day weather forecast at 80% accuracy, in-fact it was only confirmed 5 days back that the cyclone Fani wouldn’t make landfall in the southern Indian state of Tamilnadu; where I live. 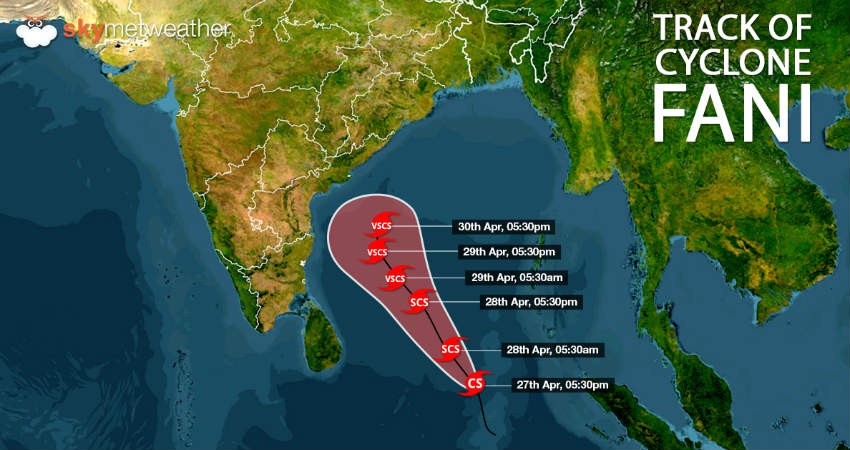 Track of Cyclone Fani a week back. Credit : Skymetweather

We have come a long way in improving the accuracy of weather forecasts thanks to specialised instruments, satellites & computer models.

Current computer models are great at predicting the weather of next few days with amazing accuracy, thanks to improvements in computational power & mathematical models. India has dedicated high performance computing facility for weather forecasting and is said to be 4th in terms of dedicated capacity in HPC resources for weather & climate purposes.

Even then, 30 days weather forecasts are a joke in-spite of certain organisations promoting it. Why so?

A butterfly flapping its wings in Africa can cause a hurricane in America is an over-simplification (misappropriation?) of an accepted idea that small causes may have large effects in weather.

In computer terms, the sheer number of unknown variables in the initial conditions makes it implausible to create accurate models to predict (or) **simulate weather **accurately beyond certain range.

Simulation hypothesis proposes that we (all reality) likely being simulated by Computer. Video from kruzgesagt below should get you up to speed, in-case you haven’t heard of this before.

Simulation argument has its fans in Sci-Fi, computer nerds, Entrepreneur/Celebrity and even I have written a morbid simulation Argument support piece!

But no main stream theoretical physicist has supported the simulation Argument as the ‘Theory of everything’. Why?

Perhaps it’s just the cognitive biases of the computer people, to attribute something as complex as the reality to simulation and people who professionally explore the question, doesn’t see it as a worthy contender.

What an actual physicist has to say about it?

Dr. Michio Kaku (theoretical physicist, author), did an AMA on reddit recently where he said the above. I personally feel that he did make a valuable argument against the simulation hypothesis, more so with a concrete example : weather.

He followed it by another statement on the same,

I mentioned that a digital computer cannot simulate even a simple reality, since there are too many molecules to keep track of, far greater than the capabilities of any digital computer. We need a quantum computer to simulate quantum reality, and hence, once again, the weather is the smallest object that can simulate the weather. Therefore, I don’t think we live in a simulation, unless the simulation is the universe itself.

If I can take the liberty of interpreting what he said.

I mentioned why it is difficult to predict weather at greater ranges. Now, add quantum corrections; if you are reading till now, you likely know that measurements become weird at quantum level and weather forecasting is all about measurements and positions!

So according to Dr. Michio Kaku, in-order to simulate the weather of earth we would be needing a computer (perhaps a quantum computer) as powerful as earth itself (or) earth itself as a computer.

Say, one does have it; weather is not limited to the earth.

The Great Red Spot is a storm which is raging for over 350 years!

So if Jupiter as a computer to simulate Jupiter’s weather is plausible and let’s assume so is the weather of other planets in our solar system.

Space weather is predominantly caused by the sun, especially the energy given off by it. There are storms on the Sun, called solar flares and Coronal Mass Ejections (CMEs). These storms spew out radiations and magnetic fields outward through our Solar System.

These space weather affects the planets in the solar system.

To simulate the universe, we would need the universe itself as computer and that’s what Dr. Michio KakuBuy is implying. All these, just for one example of a complex system such as weather. We didn’t even start with other complex systems such as life!

Say we do have a Universe itself simulating our Universe, then is it really a simulation? does it matter even if it is a simulation? These are questions to ask ourselves, as long it is fun to think about.